The Dohyang Lee Gallery invites you to the second part of its collective exhibition éco (.....) éco (.....) éco (.......). éco1 is a prefix that comes from the ancient Greek oîkos2 (house). Unlike the first part, where we dealt with material and social notions, this time we want to ponder upon spiritual notions.
What does HOME mean?
- Legend says that Christmas Day was set for December 25th, in the year 354 AD by Pope Liberius. Indeed, this day corresponded to a pagan feast of the sun’s (rebirt)H, following the winter solstice, theoretical day where the night is the longest. Most people celebrate Christmas with their families and gather home to share memories, look to the future and prepare the new year (as the new sun was expected in this Roman feast).
- In most households there is a profound feeling of (l)O(ve) among all the members. It is the bond that allows cohesion, solidity and durability between them and to endure the troubles of life. We note a great difference between the atmosphere of Mme de Fleurville’s house and that of the Fichini’s, as described by the Countess of Ségur in her famous trilogy of the Petites Filles Modèles (Good Little Girls).3
- Let’s imagine someone who lost everything and ended up on the streets. He lives for a while without a home in complete insecurity, sometimes in winter’s cold. Activists and social workers tell that when these people find a home, they can begin a process of personal (rec)O(very), regain dignity, security, rebuild a future and health.
- Some may think of a (com)M(union). Without invoking religion, we think of a communion of people who found a community or a family. This family could be extended like in ancient times, or nuclear like in our present times, but remains a base that allows each person to come into blossom, to build itself.
- Florence Nightingale theorized the practice of nursing after her experience of the Crimean War in the mid 19th century. For her, the need to professionalize a profession, to educate through exercises, to change the condition of housing patients, was the key to reduce diseases. Inside a family, (car)E is one of the essential acts, which is entrusted to parents towards their children in childhood and in return to children towards parents in their old age. This care is often done at home.
- Why not mention the (r)E(turn) of the prodigal son of the parable. Parents falling out with their children, brothers and sisters who no longer speak to each other, friends who separate. Couples who tear themselves apart. Yet the parable tells us of forgiveness, of an unexpected return home of the lost son, which causes the father an infinite joy, but also the jealousy and anger of the eldest son. The return of a lost and found happiness.
1. https://www.oxfordlearnersdictionaries.com/definition/english/eco?q=eco
2. https://en.wiktionary.org/wiki/%CE%BF%E1%BC%B6%CE%BA%CE%BF%CF%82#Ancient_Greek
3. The trilogy includes the Countess of Segur’s novels, Les Malheurs de Sophie, Les Petites Filles Modèles, Les Vacances
GALERIE DOHYANG LEE 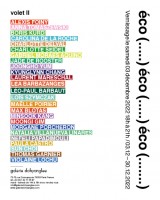 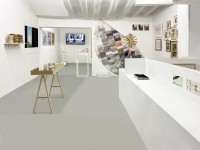 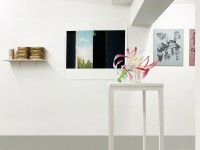 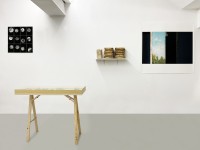 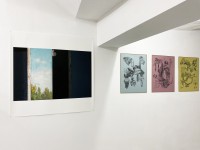 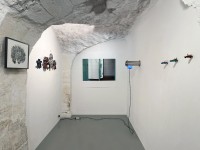